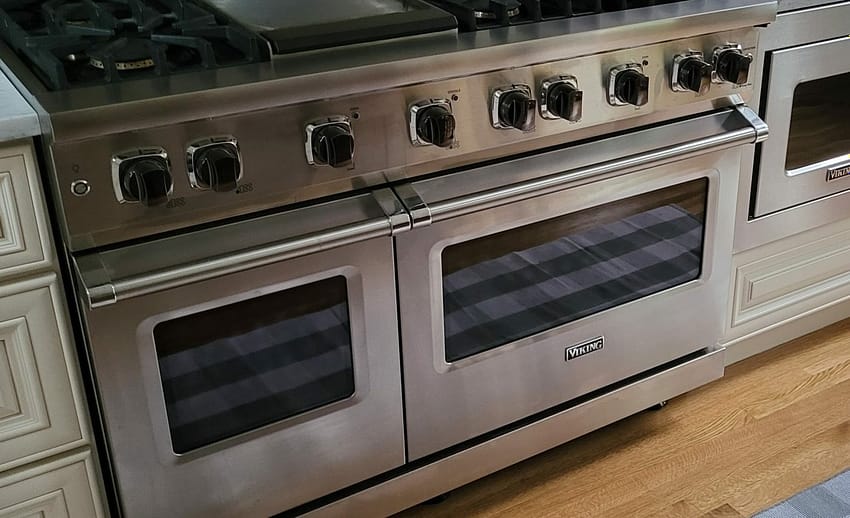 This post includes affiliate links to Amazon and other vendors. I may earn commission from purchases made through these links. However, the views and opinions here are my own.

In this article, I will review Viking ranges and compare them to other brands, such as Thermador and GE.

Viking ranges are expensive, but are they worth the money? Okay, I’m not a professional cook or even a particularly talented one, but I do cook and I have installed and set up Viking, Thermador, and other top end appliances in kitchens. In doing so, I have developed a good sense of the build quality and reliability of each brand.

In this article, I will describe my experiences with the Viking range, and explain whether I think it’s worth the money. I look at reliability, build quality, and cooking quality in my comparisons.

How much does a Viking range cost?

Viking ranges vary in cost depending on the size of the range and the power source. A 48″ Viking range is listed for around $14,000. However, if you buy a package you can end up getting it for significantly cheaper. Viking offers recurring rebates for their models, and on top of that you get bundle discounts and trade-in allowances.

It’s worth comparing these prices to basic models you can buy at Home Depot. There, a non name-brand 30″ range costs under $500, or 1/10th the price.

So the question is: is a Viking range worth the money?

The build quality of a Viking range is reasonably good, although it’s not quite as good as you may expect.

Viking’s ranges are solid and (of course) heavy, which is good, but there are some little details that aren’t perfect, considering the price. For example, one of the Viking ranges I tested for this article — a brand new one that had never been used — had a sticking knob, which wouldn’t move properly.

Another thing that surprised me about Viking ranges is the amount of plastic that is used by default. Although you can upgrade parts like the knobs to metal, the ones that arrive with the brand new $14,000+ range are plastic, as are some of the trim pieces.

The new Viking range that I tested came with a polymer cover on its griddle, which is supposed to protect the griddle from rust. Nevertheless, after scrubbing endlessly to remove the protection, there was still a bit of rust. The manual states that this is to be expected, but I think that given the price, the griddle should come in perfect shape.

While build quality like this would be fine on most ranges, this is a much more expensive option, so it’s hard to feel we are getting our money’s worth, when we are examining is a Viking range worth the money.

The new Viking range I purchased came in perfect working condition, as expected. There were no real issues — beyond the sticking parts that I referenced earlier. The older Viking ranges I have used were all in good condition. I asked their owners about their reliability and got no complaints. I’ve also seen decades old Viking appliances that were in excellent working condition.

Still, ranges are generally very reliable in comparison to other kitchen appliances, so I would expect that the Viking ranges were reliable.

Based on reliability, is a Viking range worth the money? I would say not really, since I have seen just as many GE and even unbranded ranges that are still working years later.

Cooking quality is where Viking is supposed to shine, but does it? Let me begin by making it clear that I’m not a professional chef, but neither are most Viking range buyers. It’s useful to get a sense of how good the cooking quality is for a normal home user.

In that respect, I have found the Viking range to be slightly better than the cheaper brands. Viking gas appliances seem to heat evenly and provide plenty of power to increase temperatures quickly.

I have found Wolf ranges to be similar, although I have not had as much luck with other high end brands — and I’ve definitely had problems with cheaper brands in this regard.

I previously used a Thermador for many years in my kitchen, and didn’t have much success with it. Compared to the Thermador, I found the Viking to be much more worth the money.

In terms of build quality the Viking and Thermador feel equivalent. Both have a few plastic parts but are mostly solid looking and feeling.

Where I’ve found that Viking and Thermador differ is in reliability. The Thermador constantly had problems. In fact, the oven igniter had to be replaced 4 times over 10 years. There were other issues with the Thermador as well. For example, the stovetop igniters would intermittently stop working and then start again.

The Thermador also wasn’t as even in cooking. I was able to use nonstick pans fine, but had a lot of trouble with stainless steel, because the controls were not as predictable and the heat was less even.

Overall, having experience with both Thermador and Viking, I would definitely say the Viking is worth the small premium over the Thermador.

I have found that GE Monogram ranges work significantly better than Viking or Thermador, at least in my testing.

The GE’s oven heats very evenly and the stovetop burners are large and predictable. Temperatures are controlled digitally, making it even more even than the Viking.

There isn’t as much difference in price between the GE and the Viking and Thermador as there used to be; nevertheless, I definitely don’t think the Viking (or the Thermador) is worth the premium over the GE Monogram.

Is a Viking range worth the money?

So is a Viking range worth the money? In my opinion, there are better options for slightly less money. The GE Monogram appliances are really nice and provide a lot more functionality for a somewhat lower price.

Is it worth paying for a high end appliance like a Viking over a cheap, off brand range? I would do it, but it really depends on what you are looking for. For me, the ability to cook without potentially dangerous non-stick pans is a major benefit. I also appreciate the look of high end ranges, especially when paired with my high quality RTA cabinets.

If you’re a very good cook who can use stainless steel on any range, or if you’re not concerned about the type of pan you want and not as worried about the look in your kitchen, it’s best to buy a cheaper range.

Is a Viking range worth the money? There are several benefits to buying a Viking range. It’s reliably, the cooking quality is good, and it looks great in the kitchen. But it’s also not perfect, and given their price points, I would actually prefer a GE Monogram range.

In the end, it’s up to you to decide whether paying for the brand is worth it. 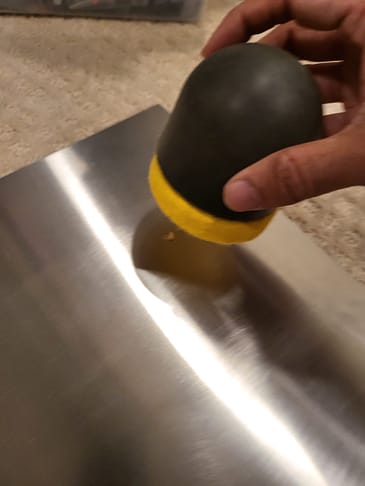